Skip to main content
It looks like you're using Internet Explorer 11 or older. This website works best with modern browsers such as the latest versions of Chrome, Firefox, Safari, and Edge. If you continue with this browser, you may see unexpected results.

AFF has been redesigned to make searching easy:

Guided Search, which lets you choose, in this order

-topics, and/or
-geographies, and/or
-race/ethnic group for People, Housing, and Business/Industry.

Advanced Search permits the downloading of data and searches by search by dataset and search by table number or table title remain. 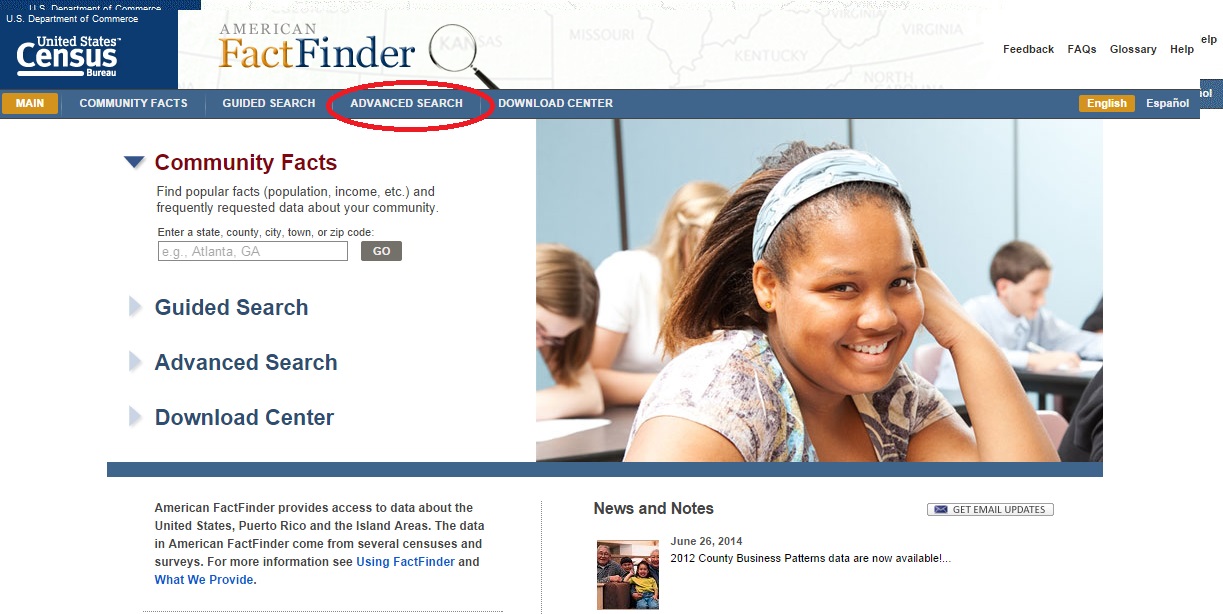 DataFerrett is a data analysis and extraction tool to customize federal, state, and local data to suit your requirements. Using DataFerrett, you can develop an unlimited array of customized spreadsheets that are as versatile and complex as your usage demands then turn those spreadsheets into graphs and maps without any additional software.